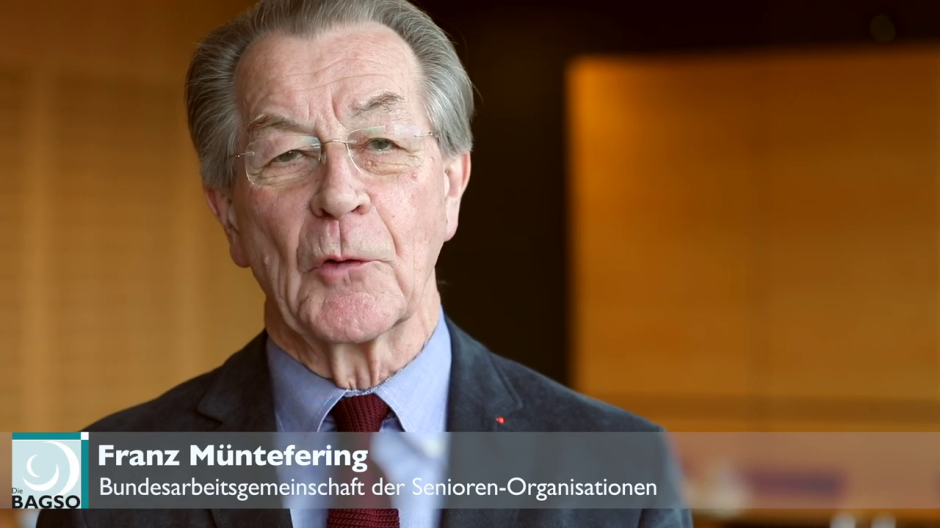 German AGE member BAGSO, the federal working group of senior citizen’s organisations, has called on all voters to decide on the future of Europe. BAGSO published video statements from different older persons, and its own election manifesto.

END_OF_DOCUMENT_TOKEN_TO_BE_REPLACED

It’s becoming fashionable to call the European youth „a lost generation”. It also becomes trendy to point to other social groups to say that they are the beneficiaries of a broken economic system that penalises young people– and European seniors are said to be amongst them.

The reasoning goes as follows – while seniors have stable pensions, the youth has precarious jobs. While seniors are growing in numbers and political power, the youth does not have the means to grow – no stable employment and no housing conditions to have children and therefore grow in numbers themselves.

It’s easy to be lured to this rhetorical trap of „privileged old people” that i.e. block waiting lists in hospitals. Solidarity in times of austerity tends to be a trade that Europe is lacking at present – with no exception towards its inter-generational aspect.

But things can be different – and many both youth and seniors’ organisations are trying to prove it. AGE is amongst them.

I’ve read the AGE Manifesto for the EP elections 2014 with huge interest. As a young person, I recently got engaged in animating journalistic activities of seniors living in the capital of Poland, Warsaw.

I’ve seen with my own eyes how working with them enriches me and how many stories can they show me and the crew of this project – „Zdaniem Seniora” (According to Seniors), organised by Fundacja Zaczyn.

The people involved told us one important thing – they do not only want a „senior-friendly world” – they want more inter-generational dialogue and work towards a better future for us all.

I find this spirit also in the AGE Manifesto that shows how discrimination can be a multi-dimensional issue and that we cannot be certain that if we allow it to prosper, it will spare us in the long run.

We now may be young, but we will get older (and that will happen eventually), and other negative issues, such as gender or LGBT discrimination will hit us even harder then.

Seniors wanting to have a right to work, learn or be fairly treated in medical facilities are therefore not fighting for some sort of „caste privileges” – they are also fighting to strengthen my rights in the future – that’s the main thought from the front page article of Adam Ostolski, a Polish sociologist and leader of the Green Party, that was published by my magazine – „Zielone Wiadomości” (Green News).

That’s a thought I could not agree more with. 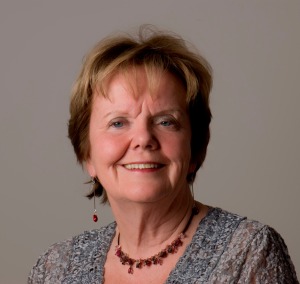 I will be voting in Greece in the May elections, not for the cynical parties who seek election of MEPs simply to break the EU up and go back to narrow, nationalist governments and ideologies, but for those who retain the vision of a better EU. Why am I pro Europe? Despite the unnecessary suffering caused by the austerity programmes and the hi-jacking of the European Union by banking and business interests, I cling to the ideal of a Europe for all its citizens. And I know why.

I grew up in immediate post WWII England with a mother with a strong commitment to Europe. I remember at each election she undertook door to door campaigning for Jo Grimond’s Liberal party of the 1940s and 50s, then reduced to just one seat in Parliament, which strongly supported European co-operation (now the EU) and opposed imperialism and racism. Others scoffed – she continued lobbying for her understanding of what the post world war Europe should look like. I do not remember her mentioning the UN 1948 Bill of Human Rights, as I was small, but she would have supported it .

The independence movements from Britain and the other European imperialist countries also constituted the essential background in the formation of my understanding of the need for European countries to think again about their attitudes to the world including their often bloody nationalist pasts. Democracy, equality, respect for the other have become accepted fundamental rights , and however faulty and faltering we move towards these goals, eventually we believe they can be achieved. Pride in one’s culture and history cannot be confused with nationalism even if this, particularly via the French Revolution and various independence movements, was a fundamental step towards an understanding of citizenship and universal human rights.

So many of the conflicts in each country over the role of national parliaments versus the European Parliament are the responsibility of small powerful interest groups – from national politicians to international business and banking interests. I feel the future lies far more at local and regional levels where citizens can be active. This is an issue that many have identified as critical in the development and survival of the EU. In Ulrich Beck’s book “German Europe”(2013) he underlines the way in which younger people take the EU and European integration for granted; many have holidays, exchange experiences, education in other Member States. Yet we ignore at our peril the many citizens of all ages for whom the EU is still not a first hand experience and for whom“Brussels”is portrayed as a non democratic set of bureaucratic and business interests. They can be more easily seduced into believing that old nationalist solutions are viable. All of us in NGOs and citizen movements must consider how we can be effective and turn the EU into a place for all it’s inhabitants. Discussions and actions about poverty, minimum income, age friendly environments, social inclusion are just some of the arenas where the EU institutions supported by citizens’ groups can make a difference. We must not lose our vision of a citizens’ Europe.